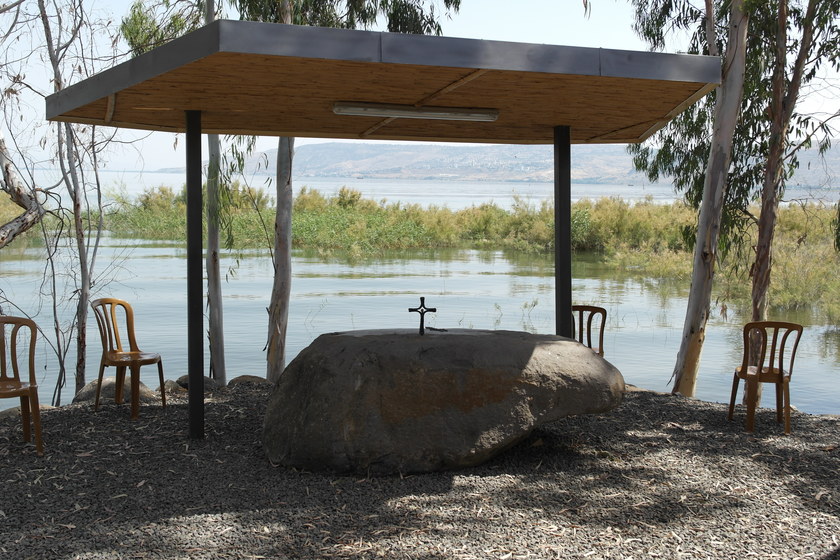 On Sunday at noontime (12 o clock) a large group of young people (70-80 persons) was walking along the seashore of our property, coming from Peter’s Primacy and the little waterfall beside it. Since the level of the lake is very low, the access to our property is quite easy.

They were about 13-15 years old and half of them were dressed as orthodox Jews. One adult accompanied them.

When they saw our place of prayer (Dalmanutha I) at the lake and the cross, they threw stones at it, but because one of our guests (a man) was sitting there praying, they passed by and went on to Solitudo and Dalmanutha II (other places for prayer). Unfortunately there was no person present and so they climbed up, demolished the cross on the altar and throw most of the benches down the rocks. On some of the benches they scratched the star of David. A guest (a woman), who was staying in the guest room close to the place, heard the noise. When she stood up, they throw stones at her, spit on her and shouted obscenities. Then they left quickly.

The material damage was not so great, but what shocked us, is that their focus of hate was against the symbol of the cross, that they destroyed facilities for pilgrims and that they terrified innocent guests and pilgrims visiting the holy places.