The Desert Fathers and Palestinian Monasticism

Greek Orthodox Monastery Saint George in Wadi Qelt. After Christianity became a licit religion in the Roman Empire, more and more men and women sought a more intense form of life following Christ, such as had found expression earlier in the bloody martyrdom of the confessors and witnesses to the faith.
In the deserts of Palestine and Egypt there arose a kind of “white martyrdom”: people retired into solitude and quiet, and led a simple life of prayer and manual labor, an alternative lifestyle, which did not contradict the early Christian way of life, but, like a living building stone, added to the possibilities offered in the ancient church. 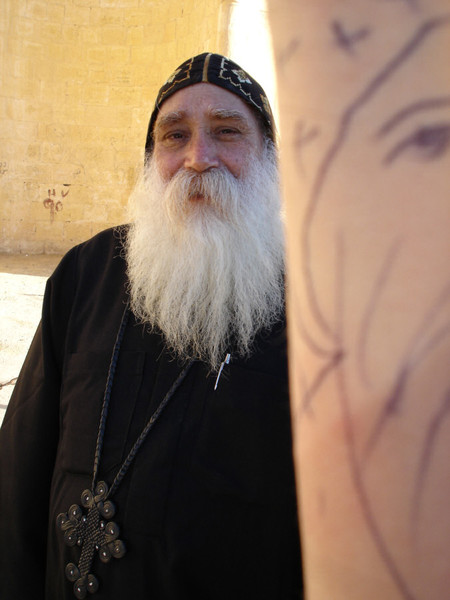 Coptic Monk in Egypt The wisdom of the desert fathers and mothers concerning the relationships of body, soul and spirit, acquired through meditation and an intense style of life, offer valid observations even today and formulate in a different language the results of modern psychology.
Already Pachomius (292/298-347) gathered together disciples in structured communities, prescribed rules and was honored as the founder of the cenobitic (common life) way of Christian monastic life.