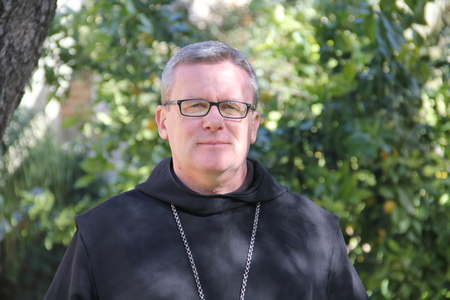 The visit of Pope Francis to this region and his meeting with the Ecumenical Patriarch in Jerusalem is full of symbolic meaning. They will meet and pray together in Jerusalem, the place where Paul VI and Patriarch Athenagoras broke the ice of centuries of separation. Their mutual embrace and joint prayer will confirm "the dialogue of love" that opened after the Second Vatican Council and encourage the coming Holy and Great Orthodox Synod to continue along the same path. It will also bring the message of God's love and new hope to this troubled region as he meets and celebrates with the native Christians of Jordan, Palestine and Israel, and offers words of consolation to those displaced from their homes and families by the terrible on-going war in Syria. It will recommit the whole Church afresh to reconciliation with the Jewish people, as we Christians acknowledge our faults and seek to deepen friendship and understanding between these two parts of the one holy people of God; and it will encourage mutual understanding between Christians and Muslims. But above all, for us Christians, it is significant that he is coming to the place of redemption, the place of death and resurrection, where divine love triumphed over sin and death. May his visit awaken in us all the true meaning of Christ's resurrection - that death is never the final word and there is no room for ultimate despair. The final word is always life and with it infinite hope. We, the monks of Dormition Abbey and Tabgha Priory, will accompany this special pilgrim with our prayers.